Screensaver and Screenlocker without a Desktop Environment

NOTICE: This post is over 5 years old and the information is likely outdated.

Without the bells and whistles of a desktop environment, the simplicity of a program that turns your screen off and locks your session becomes an irritating manual task.

My personal ideas of how a screensaver should work are:

Created back in 1992, XScreenSaver is a desktop independent screensaver program. Still maintained, it is used by default in many lightweight environments and distributions because of its installation simplicity.

If you prefer a GUI setup tool use xscreensaver-demo to configure your ~/.xscreensaver config file.

Breakdown
The screensaver will run after 9 minutes, and 30 seconds after that the locker will run. After 10 minutes the screen will shut off.

xautolock and an external locker

Not a screensaver in itself, xautolock can run a command after a period of user inactivity. Pairing it with an external locker like i3lock may be able to get you to where you want to be.

Breakdown
The locker will run after 9 minutes, but 30 seconds before that the notifier will dim the screen. After 10 minutes, the screen will be turned off.

xidlehook and an external locker

xidlehook is a replacement for xautolock. It has more features, which includes: notify canceller, fullscreen detection, and audio detection. Just like xautolock, when paired with an external locker like i3lock, it should provide a better experience than xautolock.

Breakdown
The locker will run after 9 minutes, but 30 seconds before that the notifier will dim the screen. If the notifier is cancelled the undim script will run.

xss-lock and an external locker

xss-lock is a program runs a command to lock the screen on X signals. It also listens to systemd’s login manager and even activates the lockscreen before suspending/hibernating.

lightson+ is a screensaver inhibitor to prevent the screensaver from activating while watching a fullscreen video. 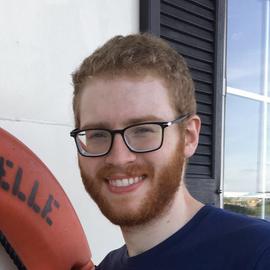